Cellular Jail In Andaman And Nicobar 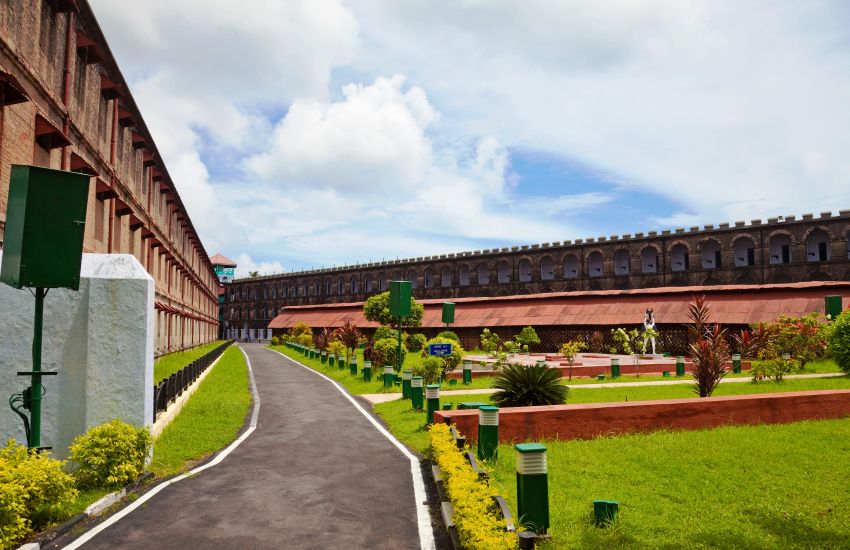 Not sure if you’ve grown up listening to threats from your grandparents on being exiled to prisons far away from home in case of you do mischief but let’s say that this prison is a tangible example of the threat. Used as a place to send people to exile, especially freedom fighters and political prisoners. The prison is also known as Kala Paani, which literally translates to death and water respectively and is known for the incarceration of freedom fighters like Veer Savarkar and ButakeshwarDutt. The airport has been named after the deceased freedom fighter Veer Savarkar. It took 10 years to construct this prison and it is surprising to think that even during times connectivity was meager, they managed to erect a monument that could house thousands of prisoners amidst an island.

Being a notorious and the most dreaded prison in the days of the British regime. Freedom fighters and rebels were chained and punished in inhuman ways by the British and asked to work on constructing ports, buildings and other activities. The seclusion of the prison from the Indian mainland made it further horrifying for prisoners to think of getting captured and escaping. Today, it stands as a remembrance to the lives of the freedom fighters and offer a glimpse of freedom struggle to visitors.

Located at one of the prime locations in Port Blair, it is very easy for tourists to reach the Cellular Jail from any part of the city. You don’t have to get charged to visit the jail but simply take a taxi, an auto-rickshaw, minibuses or buses. The prices of the cabs are fixed and are very nominal. You can also rent a two-wheeler for approximately Rs. 500 and visit on your own.

There’s an entry fee of approx Rs. 30 for visitors. Camera and Video recording fees are charged separately; around 200 to 1000. The fees for light shows here are approximately 50 rupees.Operating Hours

Carry your cameras without fail as this gigantic structure will leave you marveling over the architecture. To capture the moments from freedom struggle to permanence, a camera will be definitely handy.