Amazons Lord of The Rings is casting 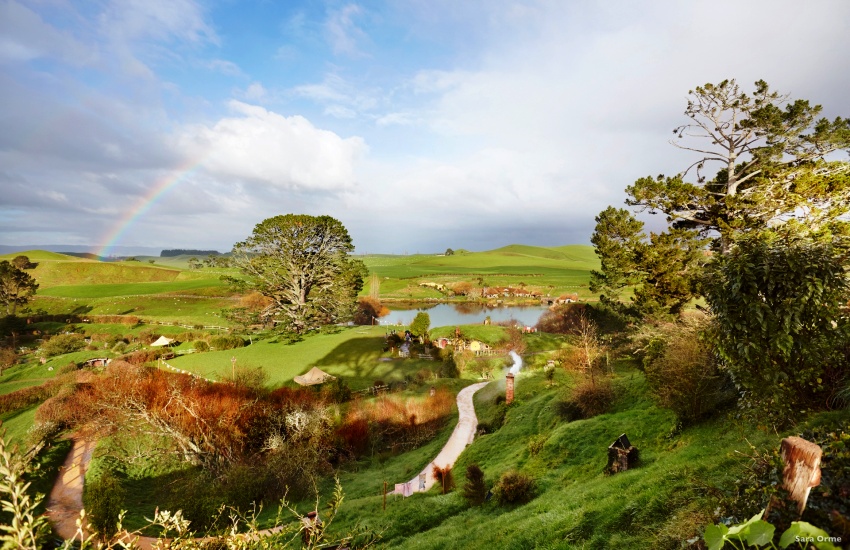 A shout out to all the elves, dwarves and wizards of the world. Brace yourselves, a whole new expedition is about to unravel. Trolls, orcs and wargs, beware, the hobbits are back! The portal to Middle-earth is opening once again with Amazon Studio’s fabulous new prequel series set off in The Second Age, some thousands of years before the exciting events of The Lord of the Rings and The Hobbit transpired. The first season is reported to release in the year 2021, with a confirmed primary cast already revealed.

Where will it be shot, might you think? The answer is quite simple. Awe-inspiring New Zealand, of course. Remember when the tumbling hills of Matamata swiftly transformed into paradisiacal Hobbiton, while the volcanic plains of Mt Ruapehu shapeshifted into the fiery pits of Mt. Doom (from where Sauron forged The Ring)? Queenstown, New Zealand's playground of adventure, was the backdrop for several shots, including ones that hero Eregion Hills and the Pillars of Argonath. And now, the spellbinding nation gears up for yet another series, jumping out of J. R. R. Tolkien’s vast, varied and vivacious imagination.

The question arises, are you ready to travel to a world where your favourite characters walk and talk? Are you up for the challenge of starring in one of the episodes as an extra? Are you inspired enough to experience the wonders of Sir Peter Jackson’s genius for yourself? If yes, embark on a bold, fearless journey across New Zealand’s stunning North Island and South Island. Discover, learn, demystify and play. The enchantment of the Lord of the Rings will

forevermore stay. All you must do is conquer the way. And who knows, maybe you’ll blaze the trail?

Take a look at Thomas Cook’s list of the best Lord of the Rings filming locations for you to visit!

Welcome to the Shire, home of courageous and fastidious Bilbo Baggins and fellow happy hobbits – an imaginary race of tiny humans with abnormally hairy feet. Nestled in the heart of Waikato town in the Matamata region of North Island, New Zealand, is a place that encapsulates the essence of J. R. R. Tolkien’s Middle-Earth near perfectly. Here, lush green farmlands and hillocks take on a whole new meaning of ethereal. Crystal blue lakes sit alongside majestic pine trees, a backdrop that seems fitting for an evening of Gandalf the wizard’s spectacular fireworks. And that’s precisely why a world-wide search to find a place that best fit the author’s vivid descriptions led to the discovery of this quaint, picturesque hamlet, formerly known as Alexander sheep farm and now celebrated as Hobbiton. LOTR fans, here’s your chance to live, breathe and feel the magic that lingers thick in the air, like billows of smoke from a hobbit’s pipe… Tour the 12-acre movie set that takes you inside hobbit holes, the Mill, the glow worm caves and finally, Green Dragon Inn for a share of sumptuous delicacies inspired by this magnificent realm.

You are now delving deeper into the extravagant LOTR universe, time travelling through some of the most iconic moments in literary and cinematic history. Trek to the forested area of mighty Mount Victoria, aka Hobbiton Woods, where Frodo and friends sought shelter from the malicious black riders. Remember those dark, impenetrable hoods? Immerse yourself in the dreamy landscapes of Wellington’s Kaitoke Regional Park that became Rivendell - the Kingdom of the Elves. It was here that Elrond magically healed Frodo from his knife wound. Drive up the west coast to Queen Elizabeth Park, near Paraparaumu, and you’ll be presented with the ground upon which part of the Battle of the Pelennor Fields was held. Finally, make strides over the hills to the Wairarapa region that meanders to the eerie Putangirua Pinnacles, where Aragorn, Legolas and Gimli pursued the Paths of the Dead.

J. R. R. Tolkien’s fantasy universe is built upon the premise of the infamous gold ring (moulded by Dark Lord Sauron) that holds the power to rule all things. One can’t imagine watching the series without gawking at the perfectly rounded, gleaming accessory and mimicking Smeagol’s “my precious…!” Did you know that Nelson Tasman happens to be home to the talented goldsmith who fashioned the ring for the big screen? In-fact, 40 different rings were used in production, one of which happens to be on display. Middle-earth nerds, go gung-ho and buy your very own copies in 9 and 18ct gold! Once you’ve got your gold fix and harnessed its charm, take a helicopter ride and feast on panoramic views of Dimrill Dale - a valley lying east of the Misty Mountains, below Redhorn, Silvertine and Cloudyhead peaks… (Tolkien’s very own geography)

The mystical Kingdom of Rohan, sits north-west of its ally Gondor and further north-west of the evil Mordor – the realm of the Dark Lord. The real-life manifestation of this alluring grassland is in Canterbury’s sheer sided hill, Mount Sunday, that sits huddled in the Ashburton District. Here’s your chance to wander the plains that were once featured on the silver screen. Although zilch remains of the set that took a staggering nine months to build, the location still exudes a deep mysticism and basks in magical properties. A true fan will enjoy exploring this site, after which Mount Potts Station offers solace in the form of comfortable bedding and hot grub.

Coming back to the gory carnage that was once the battle of the Pelennor Fields, crafty genius Peter Jackson shot this epic scene near Twizel, in the Mackenzie Country. It’s hard to forget the horrific image of hundreds of orcs clashing into the brave, heroic men of Gondor and Rohan. You can almost hear the war cries, amidst blazing turmoil, a scene that requires special effects and timely editing. Walk along the grassy fields that extend to the foothills of the princely mountains and you’ll find that the place looks exactly like what Tolkien described in the books. There’s nothing quite like living your favourite story-book chapters in, it’s a surreal experience.

Do you remember the opening sequence of Lord of the Rings, The Two Towers? It features the gorgeous north-western slopes of Mount Earnslaw, lingering over immense natural landscapes and topographies, a stunning look book into the fantastical world of Middle-earth… Head to the delightful village of Glenorchy. At the northern most end of its Lake Wakatipu, you will have access to a similar view. LOTR fans, you will be thrilled to know that you can discover and explore Lothlorien – the enchanting beech forest that pops up on the road to Paradise. Fancy a visit to the Pillar of Kings? Well, from Chad Farm Winery you can get a glimpse of where the computer generated Anduin and Argonath (monument) would have sat.

Fancy a duel in the mountains, with the elves as your comraderies? Or, perhaps a quest through the valleys and forests with the guidance of Gandalf, the wise? Or maybe, you simply wish to break bread and drink wine with Merry, Pippin and Samwise? With a vacation to New Zealand, your LOTR dreams will grow wings (to fly) and you could also be the lucky one to get cast on the Amazon series! Select from Thomas Cook’s New Zealand tour packages and let fantasy, adventure and drama unfold before your very eyes…