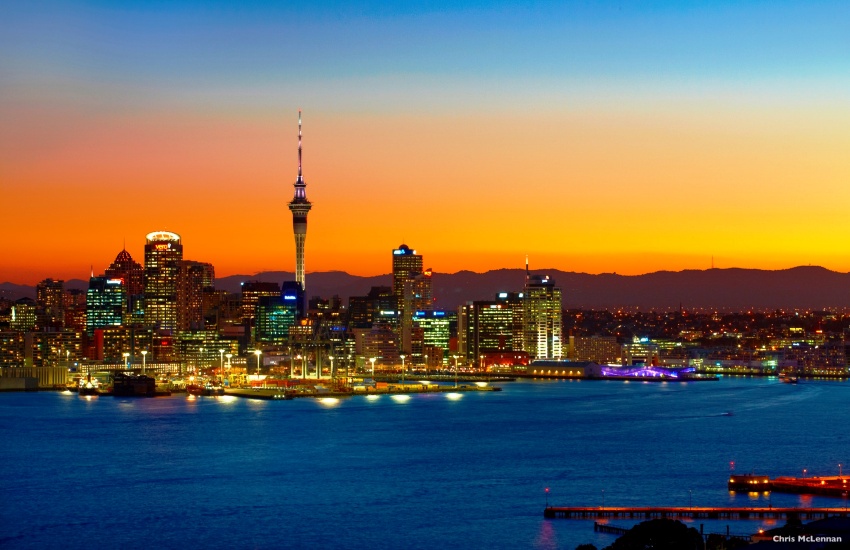 New Zealand can best be described as the land of jagged mountains, rustic virgin scenic beauty, untouched picturesque landscapes, sunrises that have evoked poetry and sunsets that look like magnificent artworks painted by God’s own brush. The perfect place if you are looking to unwind in quiet bliss surrounded by nature’s bounty, New Zealand has plenty to offer should you find yourself there for the New Year 2020. Known just as well for its vibrant nightlife as its scenic beauty, here are the 10 best places to bring 2020 in with a bang and view the stunning spectacle that New Zealand has to offer! 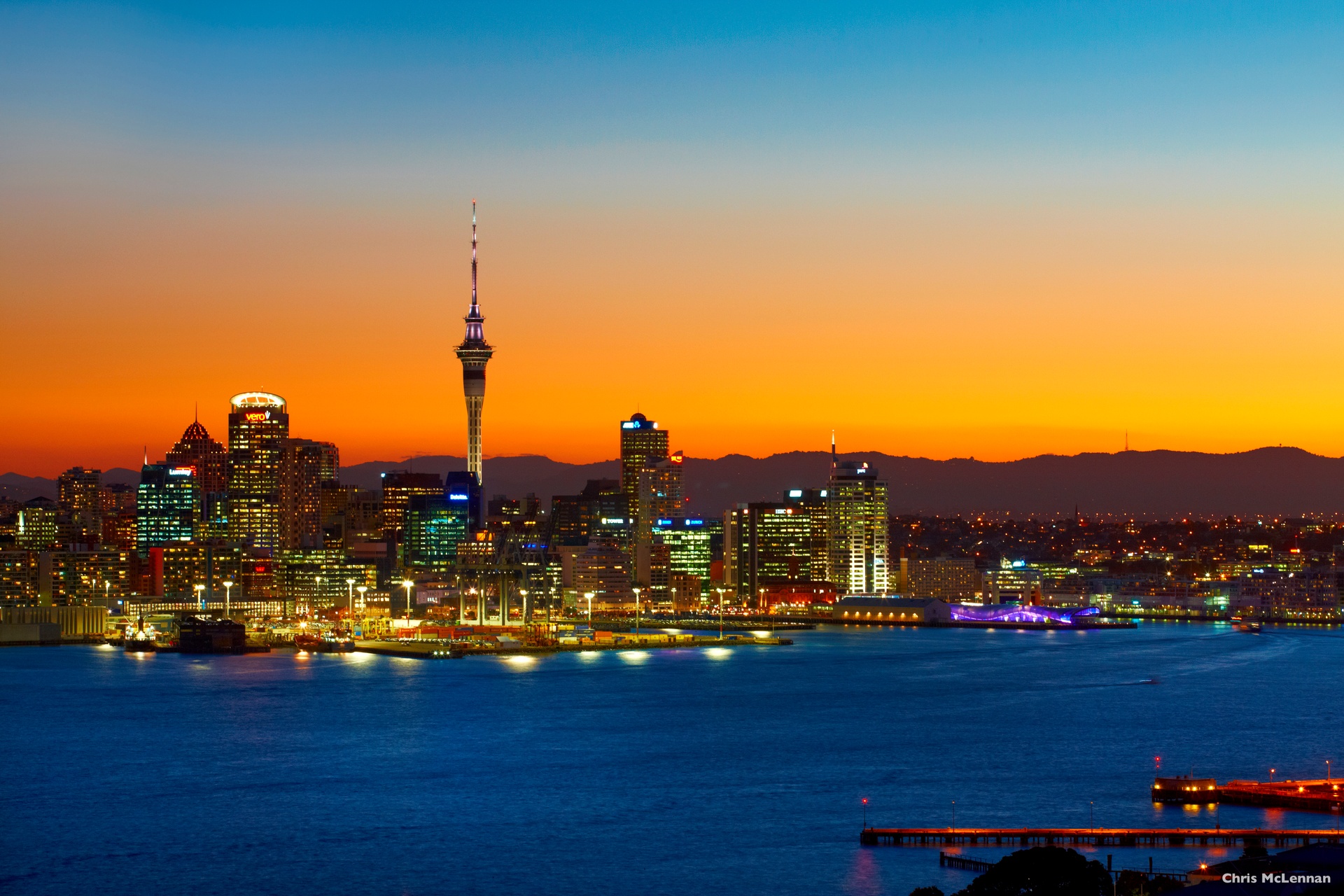 One of the most stunning sights at midnight on 31st December is that of the Auckland Sky Tower erupting into a myriad of glitter and colours as the clock strikes 12. Visible from almost every elevated point across Auckland, hundreds gather in and around parks, restaurants, parties and balconies to watch this colourful display light up the sky. Boogie your way into the New Year at the most happening celebrations in Wellington. A family friendly affair at Frank Kitts Park Lagoon, the evening kicks off with a popular band performance which belts out chart topping hits, tap worthy numbers, and some children’s favourites before finally leading into the new year with kiwi songs. Parents, don’t worry about your young ones missing the midnight cheer as there is a special countdown for kids at 9pm. Sizzling goodies from the food trucks parked at venue keep your hunger pangs at bay as you wait for the clock to strike 12 and watch the sky fill with merry sparkles from the midnight fireworks. If you find yourself in Christchurch on 31st December, then you cannot give this epic event a miss. To attend Christchurch’s biggest and grandest free-for-all New Year’s Eve party, head to North Hagley Park’s vast grounds for some electrifying music by home grown bands and other well-loved musicians who will groove the vibe for the countdown up to midnight.  The North Hagley Park celebrations have something to offer to all with jesters entertaining your young ones with interactive games and their own countdown at 8pm, and food stalls to whet your appetite till the fireworks that erupt at midnight. As is the case with most community events in New Zealand, this event is smoke-free and alcohol-free.

Imagine a stunning emerald green lake set amid the breathtaking mountains of New Zealand’s south islands - the perfect place for new beginnings.  Wanaka enjoys the privilege of being a year-round destination owing to its distinct 4 seasons, which makes it a popular destination amongst the locals and international guests alike, as they can leverage the many outdoor activities the area has to offer. Think a picturesque New Year’s party - a joyful regalia of song, dance and scrumptious food in abundance which ends in fireworks at the stroke of midnight. Can the New Year get any better?

Rotorua’s favourite family New Year celebration, the Glo Festival is a warm community-oriented celebration to usher the New Year in with family and friends. The celebrations start early in the evening with the food trucks setting up stalls as the DJ starts dropping the beats to set the night in motion. There are many interactive events for the families and children like science fairs and games. Visitors even get to vote to screen a popular movie on a big projection screen. Like other events, the children’s fireworks take place early and the local bands strum out popular melodies till the fireworks and laser show signal the start of the New Year. Planning a trip to Rotorua this holiday season? Grab your blanket and picnic basket and soak in the goodness of the year gone by at the GLO festival.

Grab your friends and family and head to Napier’s Marine Parade for a musically rejuvenating New Year celebration. This event has previously seen performances from New Zealand’s best and most successful bands and this year too promises some of the most popular names in the NZ music scene. Food trucks and two delightful firework displays are the highlight of this event which attracts large crowds every year. If you are headed to Napier Soundshell, please note that this is a liquor ban zone and doesn’t permit fires to be lit on the beach.

Visit Tauranga this December 31st to see what an inclusive community celebration looks like. Tauranga city council organises 3 different family celebration events, all of which feature fireworks at an earlier hour for the children and laser light displays at midnight. The Mayor is known to serve barbecue himself as live bands entertain the visitors. Batman himself is known to make an appearance at Tauranga’s New Year Eve celebrations, now that’s saying something! Looking for your favourite superhero? You might just find him Tauranga riding his Batmobile through the celebrations. Now that’s a great way to start the New Year! Nelson’s celebrations are popular as they keep evolving every year. From child- friendly celebrations to entertainment and performances on the steps of the cathedral, these celebrations introduce a new aspect every year. This year is said to feature a countdown concert with a band that’ll keep you on your toes by belting out popular dance numbers, right up to the golden midnight hour that ushers in a new decade and out with the old. So, go ahead and get your dancing shoes out for a long groovy night ahead! The fireworks start at midnight but the public streets are alcohol-free and have a zero tolerance for underage drinking.

Palmerston North is a vibrant city situated in the North Islands that’s bustling with culture. So naturally, the New Year celebrations at Palmerston North are abuzz with the arts, the best of music and the finest of cuisine. The most spectacular New Year’s event is held at the city square where artists of international repute have performed previously. The show has something to offer to people of all ages, from interactive entertainment for children to music, food and drink for everyone. The event culminates with the New Year countdown led by the DJ and the grand fireworks display at midnight.

Clearly, New Zealand has quite the happening holiday season, and if you find yourself in New Zealand this December, you have a lot on your plate to choose from to ring in the New Year. We hope this listing helped you make a choice and we urge you to be cautious and respectful of each city’s laws as most public celebrations are alcohol and smoke free zones. Have a great holiday season and Happy New Year!