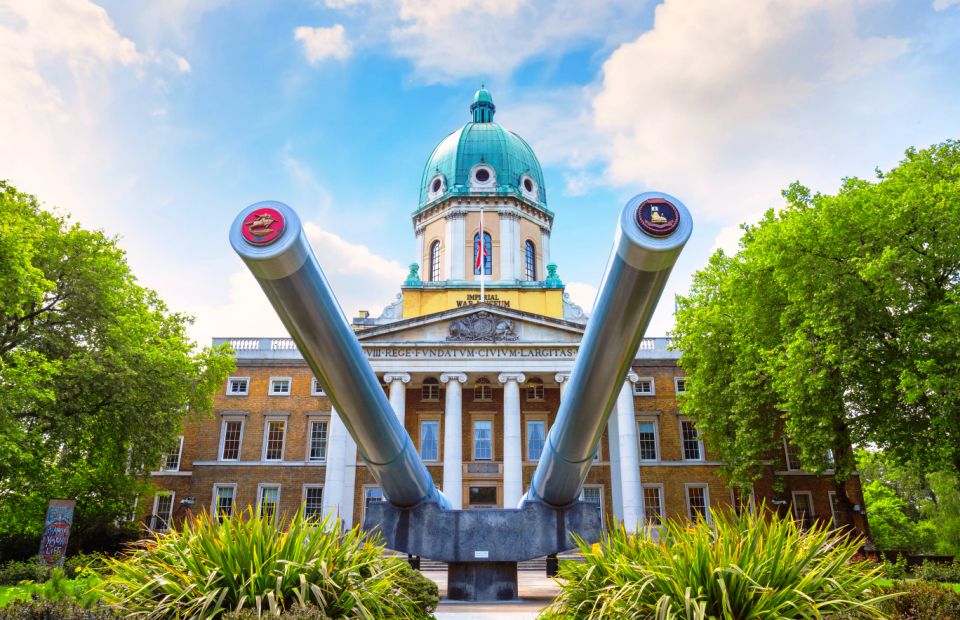 A family of museums that tells the story of how war affects human lives and moulds the world we live in; the Imperial War Museum is a must-visit for everybody. Some people wrongly assume that the IWM was built to exalt wars and glorify violence. Created immediately after the Battle of the Somme, the notion behind IWM was not to deify battles; instead it was built to commemorate the lives lost. The First World War was still on, and it was unanimously decided that there needed to be a museum which would pay homage to the British lives lost to war and also tell people through the collections and stories, about how war can change the lives of everyone involved and their families.

Though the premise of the three museums and the two historic sites of IWM and their collections are heart-breaking, it is necessary that people visit them to understand the dark phases our shared human history has passed through.

IWM Duxford: Situated in Duxford, Cambridge, IWM Duxford is the largest aviation museum in the country.

HMS Belfast: A light cruiser built for the Royal Navy, the HMS Belfast today is an anchored museum that you can visit at The Queen’s Walk in London.

Here are the timings for all the five centres under IWM –

The museums under IWM are usually crowded, and so to ensure you do not spend the entire time queueing up at the ticket office, get your tickets online. You will get a 10% discount which makes it a win-win situation.

Museums tell us everything about our past, from details that should be glorified to truths that require severe condemnation. IWM is no different. While some of its many exhibits will tell you the heroic deeds of people who fought against evil, others will show you the horrific face of hate. The most intriguing items in IWM’s display include:

The prices for entry to the museums and the historic spots are as follows:

For those who want to get an idea of how wars are fought, and understand why no one truly ever wins a war, the IWM tour is highly recommended. The original museum, IWM London, has a collection that is of interest to everyone. With warplanes, such as the WWII-conqueror Spitfire, and a more modern airplane, the Harrier Jump Jet, the display will leave you mesmerized. If you want to see an even superior collection of aircrafts used during the wars, then visit IWM Duxford. The Holocaust Exhibition at IWM London will break your heart, but it must be visited to know how hate, if not nipped in the bud, can wreak havoc.

Interesting facts about the IWM

The IWM museums and its historic sites have several captivating facts that will make you want to immediately add it to your list of must-see attractions. Some of these include:

1. Symbol for a shattered globe

IWM North, which was built in 2002, is designed by the renowned architect Daniel Libeskind. While designing the museum, Libeskind wanted it to represent the horrors of war. This is why, the IWM North’s building is shaped like a shattered globe that is broken into three pieces, reassembled, but never the same again. Very few people know this, but Libeskind’s parents were Polish Jews who were Holocaust survivors.

2. A teapot for inspiration

Libeskind, after coming up with the idea of a shattered globe, used a teapot for inspiration on how to design it. He put a teapot in a plastic bag and threw it out of his studio window. Then he went downstairs, collected the pieces and was motivated to create three shards to build the shattered globe.

3. Located on what was previously a bombsite

IWM North stands on a bombsite. Where the building is located today is the exact spot where Trafford Square’s earliest structures, Hovis Grain Silos, were bombed during World War II. When the museum was being built and its foundation laid, anti-aircraft cartridge shell was discovered there along with shrapnel.

4. The Churchill War Rooms and their secrets

The basement offices which were turned into Cabinet War Rooms during World War II is open to us today as the Churchill War Rooms. Visiting this historic site means becoming privy to many fascinating war secrets. For instance, did you know that the sub-basements below the rooms were used by switchboard operators during the war to sleep between shifts? They called these spaces “docks”, and rested there instead of going home. All of these operators and typists were women. One of the telephones on display in the Churchill War Rooms has the message, “Speech on Telephone is Not Secret”, which tells you how much emphasis was put on secrecy during the War.