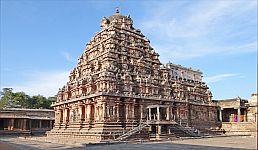 Located at the Prabhas Pata of the Saurashtra region in the state of Gujarat, the Somnath Temple is an architectural wonder built in the name of Lord Shiva.

Significance: It is considered to be the first pilgrimage site of the Dwadash Jyotirlinga pilgrimage.

How to reach: The Keshod airport is the closest to Somnath Temple. Veraval Rail Head is the closest railway station. The state transport provides various private and public buses from various centres of Gujarat to Somnath.

Interesting facts: This temple was destroyed and re-built around sixteen times, and it still stands strong.

The second pilgrimage site of the Dwadash Jyotirlinga pilgrimage, this temple is located in Srisailam of Andhra Pradesh.

Significance: The shrine of deity Mallikarjun, which is located at the peak of the Nallamalla hills.

How to reach: Though not regular, there are a few flights available from various cities to Rajiv Gandhi International Airport, which is the closest airport. Markapur railway station is the closest to Srisailam. Srisailam is connected to many cities and towns through private and public buses. Otherwise, you can also hire taxis.

Interesting facts: The temple was built around six centuries ago by the King Harihara Raya of Vijayanagara Empire.

Located in the ancient Ujjain city of the Madhya Pradesh state, the Mahakaleshwar temple is one of the sacred abodes of Lord Shiva.

Significance: It is believed that all the devotees who pray here, realise the most significant wishes of their lives

How to reach: The Ujjain railways station is well-connected with the cities of India. However, the Ahilyabai Holkar Airport at Indore is also one of the nearest airports to Ujjain.

Interesting facts: The temple has five levels, where one of the levels is situated underground.

Situated on the Mandhata hills, this temple has many fascinating legends connected to it.

How to reach: Ujjain and Indore are the closest airports to Omkareshwar. The nearest railway station is 12 km away but is not well-connected. You can also board a bus from Indore, Ujjain or Khandwa.

Interesting facts: The island on which Omkareshwar is located is shaped in the written form of the sound Om.

Located in the district of Rudraprayag of Uttarakhand, Kedarnath is one of the holiest among the twelve Jyotirlingas.

Significance: It is known to be the point where the Pandavas had come to seek forgiveness for the killing of their cousins from Lord Shiva.

How to reach: The Jolly Grant Airport is the closest to Kedarnath. You can either take a rail at the Rishikesh railway station or the best way to reach the temple is by road. Either walk or rent a pony.

Interesting facts: It can be reached either by foot or by helicopter service; there is no other way in which you can climb up the temple which is the highest placed among all the twelve Jyotirlingas.

Standing tall at an altitude of about 3200 feet above the sea level, the Bhimashankar rests on the Sahyadri Hills.

Significance: It is believed to remove all the sins of the devotees from their seven lives and open the path to Paradise if they see the temple after sunrise every morning.

How to reach: You can easily reach either by road or by rail. Several private and public buses run to Pune every day. Another way around, there is also an airport in Pune for you to land directly and catch a bus or cab to the temple.

Interesting facts: The occasions of Shivaratri or Mahashivaratri are celebrated grandly in this temple.

Standing tall on the western bank of the River Ganga, the Kashi Vishwanath temple is considered to be the holiest of all the twelve Jyotirlingas.

Significance: The golden chhatra at the top of the temple holds all its power. It is believed to fulfil people’s wishes if they looked at the chhatra and prayed.

Interesting facts: It is believed that Lord Shiva has actually stayed in this place for a while, and hence the word Kashi is designated from KAS, which means to shine.

Built by the Peshwa Balaji Bajirao the third during his reign from 1740 AD to 1761 AD, this temple is one of the most elegant constructions by the Maharashtrian Empire.

Significance: Lord Shiva is believed to be landed up at this place due to a curse received from Lord Brahma.

How to reach: The Chhatrapati Shivaji Temple is the closest to Nashik. It is approximately 179-180 km away. The Nashik Railway Head is approximately 36-37 km away. Nashik is connected to the major cities by regular buses that ply between the cities.

Ninth one among the twelve shrines, the Nageshvara Jyotirlinga holds a special place in the Dwarka region.

Significance: It is believed to protect all the devotes from different kinds of poison.

How to reach: The Veraval railway station is just 7 km away from Dwarka and is connected well to the major cities in the country. The Jamnagar airport is the closest one, to where you need to travel to Dwarka and reach the temple henceforth.

Interesting facts: The lingam in this temple is made from a special stone which is referred to as the Dwarka Stone.

Also known as Vaidyanath Dham or baba Baidyanath Dham; this tenth Jyotirlinga among all the twelve is one of the most sacred places of worship in India.

Significance: It is believed that Shiva himself landed at this place to cure Ravana who was injured due to a cause. He was referred to as the Vaidhya in this instance, and hence falls the name of Vaidyanath Dham.

How to reach: The Jasidih Railway Station is the closest to Baidyanath Temple. It is approximately 7-8 km away from the temple and is easily accessible and is connected to most of the major cities in the country.

Interesting facts: According to the beliefs of the Hindu culture, Lord Shiva was ardently worshipped by the demon Ravana at this same place, centuries ago.

The southernmost shrine among the twelve Jyotirlingas, Rameshwaram Temple, is located at Rameshwaram in Tamil Nadu

Significance: It is home to the Ramesvara pillar, which is believed to be of Lord Rama.

How to reach: It is well-connected to other parts of the country through air, rail, and road. The nearest airport is in Madurai which is approximately 162-163 km from there. It is also connected to cities like Trichy, Chennai, Thanjavur, and Coimbatore by train.

Interesting facts: It is considered to be the holiest temple in India after Kasi.

Also referred to as the Dhushmeshwar temple, this shrine holds a special place in the Shiva Purana.

Significance: This is the 12th Jyotirlinga among the Dwadash Jyotirlinga pilgrimage which beings at the Somnath Temple.

How to reach: The Grishneshwar Temple is located close to the Ajanta and Ellora caves. The nearest airport is at Aurangabad. You can hire a cab from there or even take public buses to reach.

Interesting facts: This temple was built by Ahilyabhai Holkar and is also known as Kusumeswar or Ghushmeswara. It is the most ancient and the most pious temple among the Jyotirlingas.

have us call you back!
enquire now
call us
Also See . . .
Places To Visit in
somnath