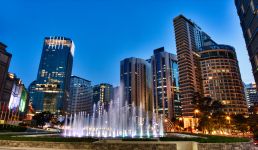 Numerous mosques and temples reflect the true diversity of the city along with architectural structures and skyscrapers that leave you gasping. Tucked in the Klang Valley at the point where Klang and Gombak rivers converge, it is the most developed city in the country with the busiest international airport of Malaysia, The Kuala Lumpur International Airport. There are also landmarks in the city belonging to the British-colonial era like the Sultan Abdul Samad Building and the Kuala Lumpur Railway Station.

The temperature in Kuala Lumpur ranges between 26 to 30 degrees Celsius with humidity levels as high as 87percentage. Be it the food stalls, local markets, towers, skyscrapers or the mosques, Kuala Lumpur is the perfect destination for everyone.