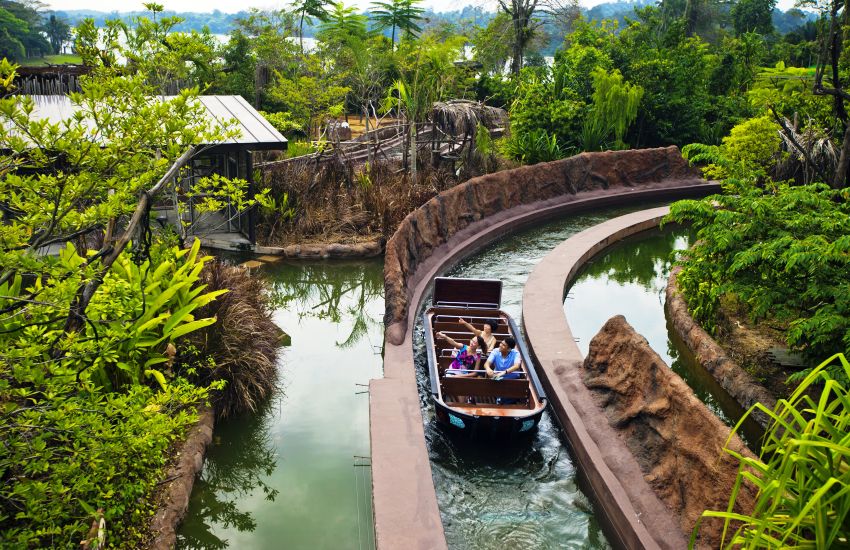 River Safari is the first river-themed zoo in the Asia Pacific. The River Safari was officially opened in 2014 for the crowd. You will explore the zoo which has the most famous rivers in the world. The river themed park spreads across a 12-hectare area between the Singapore Zoo and Night Safari. This place has surely attracted several tourists since its opening and has become the most visited tourist spot in Singapore.

How to get to River Safari

MRT: You can come from Khatib Station, Woodlands Station, Marsiling Station and take bus no. 926,138,927 for River Safari.

Shuttle: The loop shuttle services from Khatib MRT station to the River Safari take only 15 minutes.

Car: River Safari is located at a 30 minutes distance to the city. You can come via Bukit Timah Expressway or from Central Expressway.

A freshwater habitat of rivers, like the Mekong, which is a home for monster giant catfish. River Nile is world's longest river and has animals like the African Arowana and tiger Fish. The Congo River is one of the largest rivers in the world and deepest at 220m. One can find giant freshwater puffer there.  The Yangtze River is the longest river in Asia where you will discover the Chinese alligator, ancient sturgeon, and other animals.

There are only 1600 pandas left in the world, with 26 zoos in different countries that have giant pandas. Every country has to sign a contract with China who gives the panda on lease basis for a few years. The giant pandas are on the red list of IUCN. Two of the pandas are living in this zoo - a pair of female and male pandas, Kai Kai and Jia Jia, in a climate-controlled bio dome which keeps changing into the four seasons according to their suitable environment. There are special plants in the zoo that help in feeding the pandas. A pair of red pandas is also living here in the friendly environment. The world’s largest freshwater aquarium with over 18 animal species, The Amazon Flooded Forest, have animals like majestic arapaima, manatees and many more South American fishes. The viewing glass panel is 22m long and 4m in height which contains 710000 cu ft of water.

‘Amazon River Quest’ is a mysterious boat adventure of 10 minutes. You can see the Giant anteater and Jaguar there along ‘The Amazon River’, which houses the most amazing rainforest habitats in the world. They are hidden among the plants, you have to find them out.

‘Squirrel Monkey Forest’ will give you a chance to see their namesake primates. They are from South and Central America and have unique personalities.  Discover the giant catfish and freshwater stingray along the Mekong River. After that, one can even explore the River Safari, hopping on to the River Safari Cruise and relax. The visitors can even click some good scenic photos with their loved ones. Each boat has a capacity of 40 people, with no restriction bar on age. Learn about the rivers and explore the lively hood of native animals and plants that are living there and live this wildlife experience!