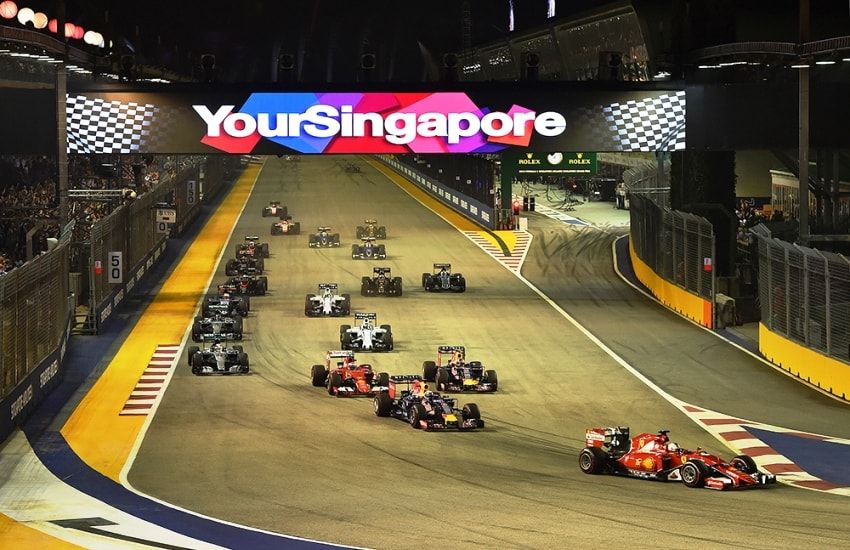 Singapore is the only destination in the world to host the F1 race, the Singapore Grand Prix at night. The event brings in a pompous atmosphere where top music performers elevate the event in addition to the racing action, which is the prime attraction.

The race is organized at the Marina Bay Street Circuit, that further pumps up the action with a tinge of entertainment for all the fans in attendance. Major grandstands at the Singapore Grand Prix circuit are the City Hall, Stamford, Connaught, Padang, Esplanade Waterfront, Esplanade Steps Premier, Raffles, Marina Bay, Singapore Flyer, Pit and Turns.

The circuit is also known as the Singapore Street Circuit, one of the only few anti-clockwise circuits in the Formula One fraternity. The circuit stretches over a distance of 5.1 kms encompassing 23 turns.

How to reach: The circuit is quite big and different MRT stations are convenient to different circuit gates.

Operating hours: Gates opens at 2pm to 12am midnight and extends till 1am during Grand Prix weekend.

Any precautions/ must carry items etc.: Be careful while exiting gates as some gates can get quite congested.