Bihar – Brace yourself for a breath-taking experience

Home to the world’s first republic, oldest learning centre, and 2 ancient Indian religions – Bihar, will surprise and fascinate you in equal measure. If not for its spiritualism, one should venture there for its architectural treasures, flavourful cuisine, and effervescent cinema. History is wedded to natural beauty, to create a beguiling place that is longing to be explored. A pinch of liveliness, a spoon of chaos, and a whole lot of culture.

Highlights of Bihar: A box of special memories

Patna museum has a glorious collection of coins, sculptures, paintings, textiles and terracotta images. Of considerable grandeur, is its body of rare British paintings that symbolises a typical day in the colonial period. The museum also houses objects from the presidency of Rajendra Prasad, including a canon from World War One. A truly spectacular sight is a little casket that is supposedly filled with some of Gautam Buddha’s ashes. Bihar Museum has received many treasures from the Patna museum, such as the Didarganj Yakshi statue from the Mauryan empire. Do pay it a visit, for a more holistic experience. It even hosts a lovely children’s gallery!

Scattered across the state of Bihar, are splendid ancient monuments. The Sabhyata Dwar, in Patna, is a stunning arch monument built of sandstone. It is a fine example of Mauryan architecture, which commemorates the prestige of Pataliputra. Did you know that it is 6 metres taller than the Gateway of India? To the west of Gandhi Maidan, lies Golghar, a granary or round grain store. Former Governor General of India – Warren Hastings, ordered for it to be built in 1784, as a mechanism for famine prevention. What’s interesting to note is its beehive shape. You can even climb 145 steps to the top, for a panoramic view of the city. The tomb of Sher Shah Suri, in Sasaram, is a spectacular representation of Indo-Islamic architecture. Deemed as the second Taj Mahal, this red mausoleum was built in honour of Emperor Sher Shah Suri. 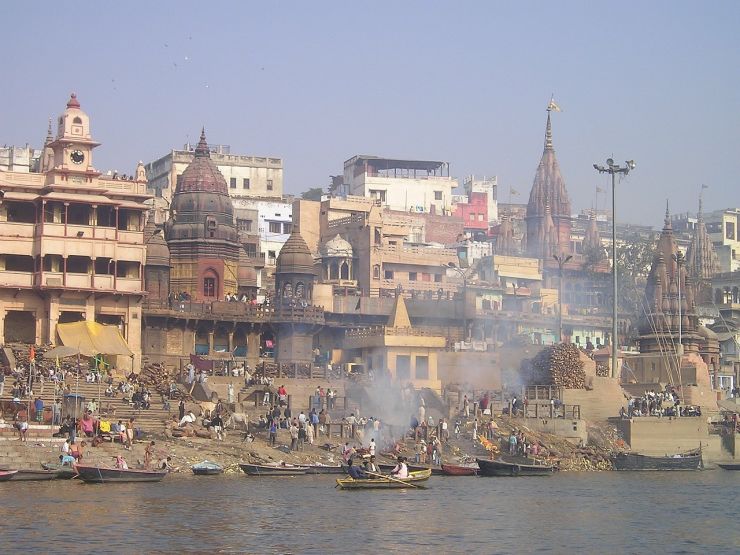 Bihar is the birthplace of many spiritual deities. Is it any wonder, that travellers’ cross oceans to get here? Legend has it that Goddess Sita was born in the Sitamarhi district of the Mithila region. You can visit this auspicious site of Sita Kund. Or, you can marvel at the 31 ft Statue of Lord Vasupujya (12th Jain Tirthankara) in Bhagalpur. A must visit is Mahabodhi Temple, in Bodh Gaya. This exquisite structure is built entirely out of brick and consists of Votive Stupas. It is believed that Gautam Buddha gained spiritual enlightenment here. Gaze at the peaceful Bodhi tree, a ficus religiosa under which Buddha meditated.

In the ancient kingdom of Maghada, was a Buddhist monastery that was the axis for education, and learning. Nalanda ruins, marks a significant moment in history. A time where Jain and Buddhist learning shaped the course of Indian education. Nalanda University prospered under the Gupta Empire, attracting students from Tibet, China, Korea and central Asia. As you navigate through the red brick complex, don’t forget to catch a glimpse of the Great Stupa. Breathe in the air of ancient intellect and experience the tranquillity that surrounds the place.

Bihar is a synthesis of Mithila, Maghada and Bhojpuri influences. From the vibrant paintings created with twig brushes and matchsticks, to the soulful sastriya sangeet, to the vivacious Bhojpuri films, Bihar is an assemblage of colourful beads. It is home to renowned poets, and authors who write in several regional languages. Grab one their pieces, from a local library or book store! When exploring this extensive state, make sure you tickle your taste buds with authentic Bihari cuisine. We recommend the Kadhi-Bari, which is a soft fried dumpling cooked in a spicy yogurt gravy.

Bihar shares its border with Nepal in the north, Jharkhand in the south, Uttar Pradesh in the west, and West Bengal in the east. Bihar is split in many ways - as the Gangers river flows from the west to the east, it bifurcates the state of Bihar into unequal halves. On the other hand, three regions make up the state - Magadha, Mithila, and Bhojpur.

Bihar’s climate can be described as subtropical. Its blistering summers range from 29 to 40 degrees, which is particularly uncomfortable, but a conducive time to visit the wildlife sanctuaries. The monsoon period witnesses unrelenting rainfall and humidity, providing relief through a significant drop in temperatures. The winter season, with its 8 to 10-degree climate, makes for an ideal time to visit. Take the weather conditions into consideration when you plan your trip to Bihar!

How to get to Bihar: The very first steps

By Road - National and state highways ensure that Bihar is well connected to other parts of the country. If you choose to travel by road, you can select from – NH 2, 19, 28, 30 and 31. Deluxe bus services can be availed of, to and from locations such as Ranchi, Jamshedpur, Kolkata, Siliguri, and the Nepal border. You may also opt for a taxi or private vehicle, depending on your needs.

By Rail - Bihar’s rail network is dependable, with major connections to all significant cities in the country. In particular, the routes to and from Delhi, Kolkata, Mumbai, Varanasi and Bangalore are good options.

History: Your path to the past

Remnants of the Neolithic period can be traced back to Chirand, an archaeological site in Bihar.

During the ancient period, the regions of Maghada and Mithilia witnessed the settlement of the following clans - Haryanka dynasty, Shishunaga dynasty, Nanda Dynasty, Mauryan empire, Gupta empire, Videha kingdom and Vajji confederacy. The medieval period saw the establishment of the Palo empire, Chero dynasty, Mughal empire, Karnatas, Oinwar dynasty and Khandwala dynasty, respectively. Post the battle of Buxar, Bihar was annexed by the British East India company, which also exercised control over Bengal and Odisha. This marks the colonial period. Up until 1912, Bihar was part of the Bengal Presidency of British India. On March 22nd of the same year, it was distinguished as an independent province.

An understanding of Bihar’s prolific history will guide you through the many sites to see. Let these stories usher you, as you set out to experience all this state has to offer.