A walk along the Māori Map of New Zealand

So, you’ve decided to take your next vacation in New Zealand, (also called Aotearoa by the Māori)? Or maybe you’re toying with the idea. Nevertheless, its research time for your next international trip! There are so many things to do and see – the Waitomo Caves, Milford Sound, Lake Tekapo, Abel Tasman National Park, Franz Josef Glacier, the art in Christchurch, the adventure sports in Queensland, the beaches, museums, cities, towns and more. Exciting right? New Zealand’s great cities and towns will provide more than enough verve and vitality, but its rich Māori culture is what will give your trip soul. So, who are the Māoris? The Māori’s are the indigenous Polynesian people of New Zealand. They arrived via canoe-led voyages to the shores of New Zealand, between 1320 and 1350, where they settled – building the culture, language, customs, mythology and crafts you’ll see on your trip. It was only in the 17th Century, that Europeans arrived in New Zealand. Māori culture and mythology identifies deeply with the land – not just in different settlements and landmarks, but also in stories and myths that whisper across the land.

So, today, we’re going to take a walk along the Māori Map of New Zealand – places where you can experience Māori culture, important landmarks and some lovely Māori myths of the land. It’s time to discover a new (and yet very old) side of New Zealand; are you ready?

Māori on the Map

Nearly 60 percent of Māori’s can be found in the Auckland, Waikato, Bay of Plenty and Northland regions. There are Māori activities that take place in South Island, but these options are limited. If you want to dive into New Zealand’s indigenous culture, we suggest you swing your gaze towards these regions in the North Island. Rotorua: Any exploration of Māori culture, MUST begin in Rotorua. This iconic city is steeped in Māori legends, history, music and cultural performances. You can take a historical tour of a Māori village, paddle in Lake Rotorua in a carved canoe, and even stay overnight. Some of the cultural attractions in Rotorua include, Tamaki Village, Geothermal Park, Mitai Māori Village, Rotorua Museum, Pohutu Cultural Theatre and Rotorua Healing tours.

Bay of Islands: One of the most historically significant areas in Māori history, the Waitangi locality in the Bay of Islands region is where a treaty was signed between the Europeans and the Māori. Take a tour of the Waitangi treaty grounds, sit back and take in powerful Māori performance, stroll through the Te Kohagu Museum of Waitangi, discover heritage buildings and take a ride on a Māori waka (canoe). Auckland: Auckland shows its softer side in the variety of Māori experiences and attractions found across the city. The Auckland Museum is a great place to start to gain a little insight and history into Māori culture, or you can take different Māori tours like the Māori Walking Tour of Maungawhau or the guided tour in Orakei, sail in Waitemata Harbour on the traditional Māori canoe and indulge in the best of Māori cuisine at the Hangi Shop or at Puha & Pakeha. Hokianga: Carve out an entire day (and maybe even a night) to stay at Hokianga, where you can see everything from a Māori Powhiri (the Māori welcome), Māori dances, Māori fighting and haka (the war dance) and the preparation of hangi (traditional Māori meal). Take a walking tour to New Zealand’s largest kauri tree in the Waipoua Forest and learn about the myths and legends found in its leafy paths. 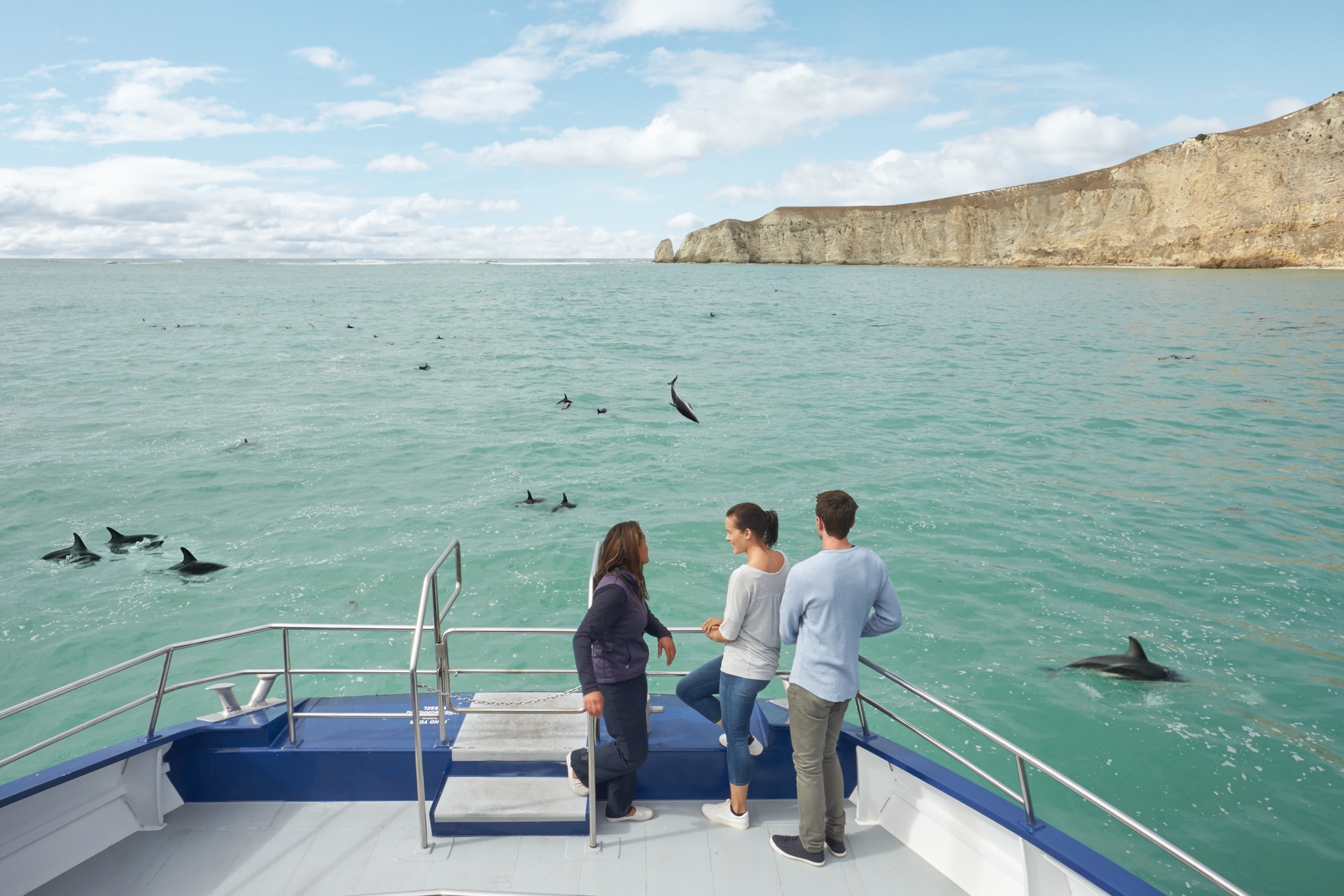 Kaikoura: The Māori’s didn’t just place their seal on the land, they also let their stories and beliefs seep into the water. Take a whale watching tour in Kaikoura, where you’ll meet the children of the sea god Tangaroa (the whales). You’ll also hear about the many legends of whales guiding Māori canoes to safe shores during stormy nights. This is a chance to experience the deep bond between the tempestuous sea and the traditional Kaikoura locals.

There are other cities and towns that have pockets of Māori culture to sink into. Stay in a Māori Marae in Whanganui National Park, visit the Te Papa Museum in Wellington, watch the inspiring and rousing Haka at the Queenstown Gondola, wander through the old historical site in the coastal town of Waimarama, carve your own greenstone (a Māori tradition) in Hokitika.

Now, if you don’t have a whole day to spare, a great way to acquaint yourself with the Māori culture would be to visit some of its iconic landmarks.

Ruapekapeka (Bay of Islands): Every culture has a history of turbulence, and Ruapekapeka pa is the site of the first campaign of the New Zealand Wars. Built by Warrior Chief Te Ruki Kawhiti in 1845, the defence battlements are still evident today.

Takiroa Rock Art Shelter: You can find some of the oldest examples of traditional art at Takiroa. Glowing with a rusty shade of red ochre, these abstract and animal shapes decorate and liven the stern grey and being stone found in the region.

Otatara Pa – Spread over 33 hectares, this is one of the largest historical sites in New Zealand. Wander through the ancient remains of this reserve, where you’ll see terraces, homes and food storage pits – all evidence of the thriving ancient Māori community that lived there.

Finally, on your journey across New Zealand, you may hear the whispers of Māori myths in places that you never would have expected. Here are just a few of them: Tongariro National Park: According to Māori mythology, the mountains were once gods of great strength. Tongariro – one of the seven mountains surrounding Lake Taupo – was in love with the sole female mountain Pihanga. However, other mountains loved her too and a battle ensued for her favour. Smoke, fire and hot rocks erupted across the land as the battle was waged. Eventually Tongariro emerged the winner, winning Pihanga’s love and the place of favour next to her.

Mount Taranaki: Taranaki was one of the mountains that fought for Pihanga’s love - and lost. He travelled, through the night, he scarred the earth as he moved west. At his new spot, by the sea he cried for his lost love and his tears formed the mighty Whanganui River. It is believed that when a cloud covers the mountain, it is Taranaki hiding his tears. Lake Taupo: 2,000 years ago, this lovely lake was created by a volcanic eruption. However, the Māori’s tell a different tale. The lake was originally a dust bowl when it was discovered by the explored Ngatoro-i-rangi. To promote the growth of the region, he picked up a totara tree and threw it into the bowl. The tree pierced the earth, releasing fresh water forming Taupo moana – the sea of Taupo. It is said that the tree is still visible under the water! Waipoua Forest: In the heart of the forest stands Tane Mahuta – the largest kauri tree in the country. According to Māori legend, Tane Mahuta created the earth by lying between the sky and the earth (his parents) and pushing them apart, leaving space for him and his siblings to live. To this day he stands in the forest, pushing against sky and earth.

It’s hard to separate New Zealand and the Māoris. They’re deeply intertwined, with stories soaked into the soil. Experience the best of Māori culture when you book a trip for New Zealand.