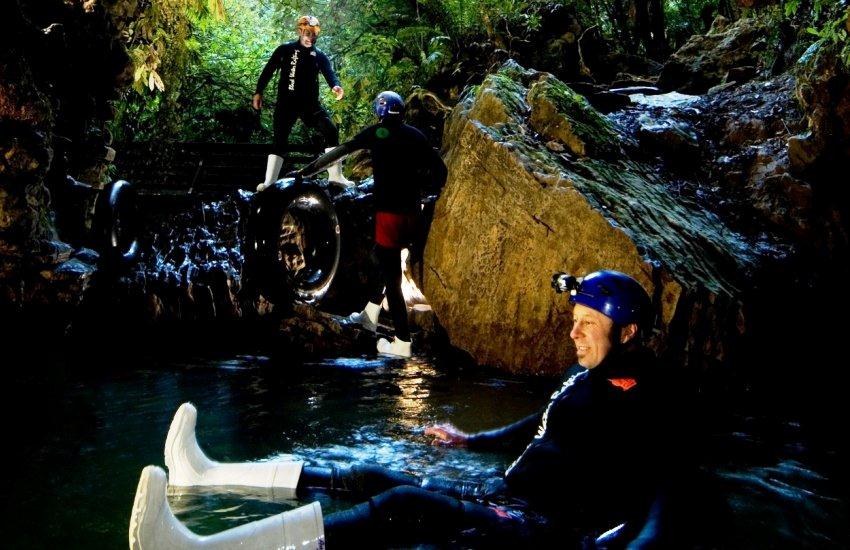 Think of caves and the words, ‘dark’, ‘damp’ and ‘musty’ come to mind. Not in New Zealand though! The caves at Waitomo however, are a fairytale written in light and wonder. Gently illuminated by glow worms that put the stars to shame, you do not want to miss this beautiful attraction. So today, why not plan a trip into one of the prettiest pockets of New Zealand?

The caves are located in North Island, in the southern Waikato region. The closest town to the caves is Te Kuiti – about 12 kilometres northwest of the caves. From Auckland, the cave is around 2 hours away and is 1 hour south of Hamilton. If you’re in Rotorua, it’s a 2-hour drive. 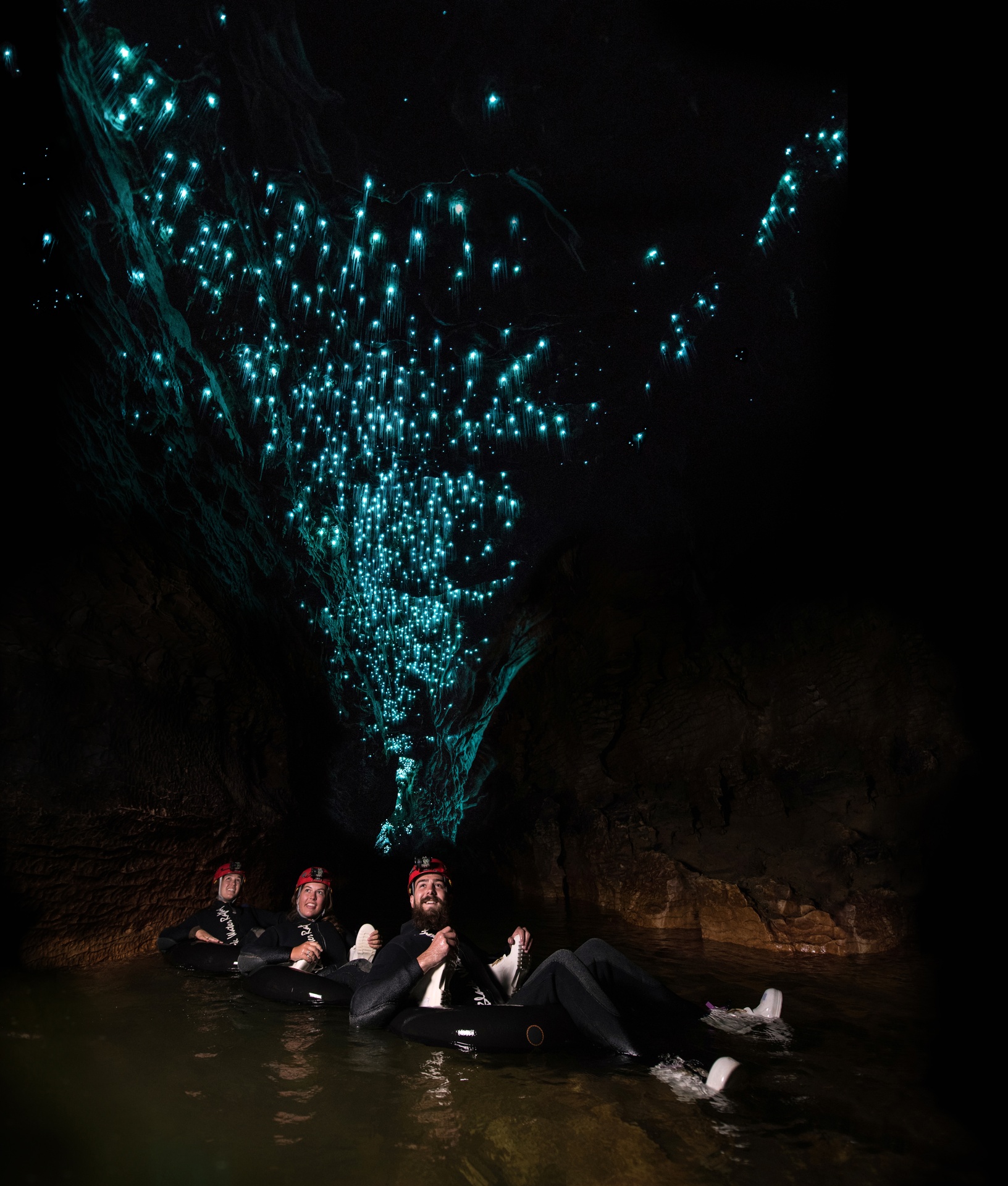 In the Waitomo region:

There are multiple tour companies that offer guided tours of the Waitomo Glow worm Caves. Prices will vary as per their packages. Make sure you book tickets well in advance during the December-March season or during school holidays.

How to get to the Waitomo Caves:

If you’re in the North Island of New Zealand, the caves are accessible from different cities:

Catch a daily InterCity bus from Rotorua or Auckland to Waitomo Caves. Get a Flexipass, which offers access to nationwide bus travel. The pass is valid for 12 months. You can also catch buses from the Grey Line and Great Sights companies from Auckland or Rotorua. The Waitomo Caves are some of nature’s most delightful surprises. This cave system was first explored in 1887. A local Māori chieftain stumbled across the caves, even though the Māoris had been aware of the caves for quite some time. These caves are bathed in the neon glow emitted by Arachnocampa Luminosa – glow worms that are indigenous to New Zealand. These glow worms radiate a heavenly blue green light to attract food or mates, covering the caves in soft spots of light. The light is created by the unique biochemistry of the glow worms and the oxygen in the air.

The guided tours explore three levels of the cave. After the top level, the second level is where early explorers used to eat (today, it is known as the Banquet Chamber). The third and final level goes down to the Cathedral, the demonstration platform and the jetty. Many famous singers and choirs have performed at the Cathedral, due to the amazing acoustics of the chamber. The tour finally concludes with a boat ride through the Glow worm Grotto on the underground river Waitomo, where you’ll witness the lights of the glow worms illuminating the dark cavern.

Although there are other caves in New Zealand lit by glow worms, Waitomo is the most popular among them. Thousands of tourists visit the caves to take a boat ride under the fairy-like lights of the glow worms.

If you are planning to visit the caves, here are some things to keep in mind: