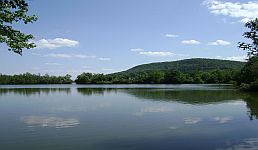 Perched at an altitude of 1,515 meters above sea level and nestled in the Shevaroys range of Eastern Ghats in Salem, Tamil Nadu, it is one of the most popular scenic hill stations. Literally translated, it means ‘lake forest’ owing to the bountiful forests near the Yercaud lake. Yercaud is a paradise of breathtaking beauty with luscious dense green forests, luxuriant hills, vast coffee plantations and various species of flora and fauna.

Some of the top attractions are:

Big Lake -  An alluring lake, it is a popular attraction due to the naturally green hued tranquil waters. Dubbed as the Emerald lake, it is swathed with mountain tops, verdant garden along its banks and a floating fountain in the center making it a magnificent sight to behold. Revel in boating in the lake with a picturesque ambience elevating the experience.

Pagoda Point – An impeccable viewpoint, it offers a sprawling resplendent view of Salem, Kakambadi village and the Eastern Ghats flushed with green hills. Visitors can relax and soak in the splendid views while enjoying the cool breeze and the enticing sunrise and sunset Also known as pyramid point, it gets its name due to piles of stones arranged in the form of a pyramid resembling a Pagoda or temple tower and is believed to have been built by the local tribes. Near the Pagoda Point, there is a Sri Rama Temple that is devoted to Lord Rama and is an important pilgrimage site for the locals.

Botanical Garden -  A visual treat for nature lovers, the garden is a spectacular green house harboring exotic species of flowers and plant and is divided into different sections like topiary garden, foliage garden, rock garden, bonsai garden, herbal garden, water garden, butterfly garden and sensory garden. It also has an Orchidarium that showcases around 250 different species of orchids out of which 30 are endangered species. There are 3,000 trees and 1,800 shrubs grown in the Orchidarium and it is the third largest Orchidarium in India. Apart from orchids, there are other rare plants and flowers such as Rose, Kurinji flower that blooms once in every twelve years, Sylvan, Shevaroys Bombax and Bamboo plants.

Killiyur Falls – One of the major attractions of Yercaud, the Killiyur falls is located in the Servaroyan hill and is a serene majestic waterfall with water cascading from a height of 300 feet. One of the highest waterfalls in India, it is an entrancing sight especially during and after the monsoons. It is a 2km trek challenging trek through the forest with steep steps and takes about an hour to reach the bottom of the falls.

Shevaroy Temple – Settled at the highest point of Yercaud hills at an altitude of 5,326 feet, it is a beautiful dark cave temple built by the ancient tribals and adorned with the idols of Lord Shevaroyan and Goddess Kaveri. The native tribes flock to the temple annually in May to celebrate their festival. To reach temple, one has to trek through the rugged terrain and once on top, it offers an incredibly spectacular panoramic view of the surrounding pristine hills and Yercaud town.

Lady’s Seat -  located to the south-west of Shevaroy Hill, it is a cluster of rock formations in the form of a seat and is especially attractive point during the sunset when it offers a spectacular view of Salem and the sunset. During daytime one can view the Mettur Dam and Salem town with the help of a telescope at the watchtower located at Lady’s Seat.

The best time to visit Yercaud is between October to June. It received heavy rainfall during monsoons and hence can be avoided during the time. During the month of May, a seven-day Summer Festival is organized which includes flower shows, dog shows, boating races and village fairs

How to get to Yercaud

Flight: The nearest airport is Salem Airport, Tamil Nadu at a distance of 46km. A cab can be hired from there directly to Yercaud

Train: The closest station is Salem railway station at a distance of 30km. A cab can be hired from there directly to Yercaud

Road: It is well connected to major cities and several private and state buses run to Yercaud. Private car and taxi can also be hired.