Haryana: The birthplace of Bharat

Haryana ranks 21st in terms of its area among all states in India. The region has a rich history that goes back 9000 years, all the way to the Indus Valley Civilization. Traces of the sites can be seen even today.

The main occupation of this land is agriculture and it holds the coveted title of being India’s greenest state. It is considered to be one of the wealthiest and the most economically developed regions of all of South Asia. And this can be amply seen in the infrastructure of the place.

Haryana is rich in history, heritage, monuments, flora and fauna, and many natural wonders. Traveling within the state is easy along the vast network of wide roads. At every turn you will discover a new facet of the state, and it is this unexpectedness that makes Haryana appeal to the global traveler looking for a taste of authentic India.

Highlights of Haryana: Things to see and do

Given Haryana’s rich past, it has a number of temples that create a holy atmosphere in the region. Besides the spiritual experience, Haryana’s heritage includes ruins and other places of architectural importance. There is also much natural beauty to be enjoyed, and being India’s greenest state, you will be mesmerized by the sheer variety of flora, fauna and the many species of animals and birds it houses.

The small state of Haryana contains within itself myriads of experiences and sites. Its rich culture, spread to all corners of the state, means visitors will have a marvellous time anywhere they go. Some of the places that must be included in the itinerary are:

Most temples in Haryana date back to ancient times, and they are not just places of worship but also architectural masterpieces that draw tourists from around the world. While the Sheetla Devi Temple is the prime religious spot in Haryana, you must not miss visiting these other places of religious significance too.

Haryana has a diverse natural heritage, and it has been beautifully preserved within its many sanctuaries. If you feel the call of the wild pulling you, then do include these places on your list in Haryana.

Most women in Haryana work alongside men in the fields, and hence the crafts of this state are relatively simple and restricted to their original use. Visitors to the state can explore the handlooms of Panipat, perhaps even bringing home a rug or upholstery fabric. Haryana also has art forms that include woven furniture, artistic pottery and woodcarving.

The people of Haryana have a vast repertoire of folk dances which are usually performed at special occasions, like weddings, births and all festivals. Do try and watch a performance of the dance form ghoomar where girls carry thalis on their heads and twirl and sing to rapidly increasing beats.

Haryana celebrates all festivals with gusto and complete abandonment. Besides the festivals common to the rest of the country, two major festivals are particular to this region. Lohri is celebrated on the 13th of January every year. This involves offering sugarcane, parched rice, sesame seeds and monkey nuts into massive bonfires, invoking the blessings of the goddess of Lohri. The harvest festival (Baisakhi) is celebrated in April with much fanfare, and has dance, music and feasting.

The state of Haryana has an abundance of milk, and its fondness can be amply seen, with milk and milk products being an essential part of their diet. Its food reflects the fresh, earthy spirit of this agrarian land. A vast majority of the Haryanvi people are vegetarians, and their simple diet consists of roti, vegetarian sabzi, saag, along with copious amounts of homemade milk products such as ghee (clarified butter), lassi, buttermilk, curds and kheer. Most meals are accompanied by onions or a pungent red chili, and garlic chutney. 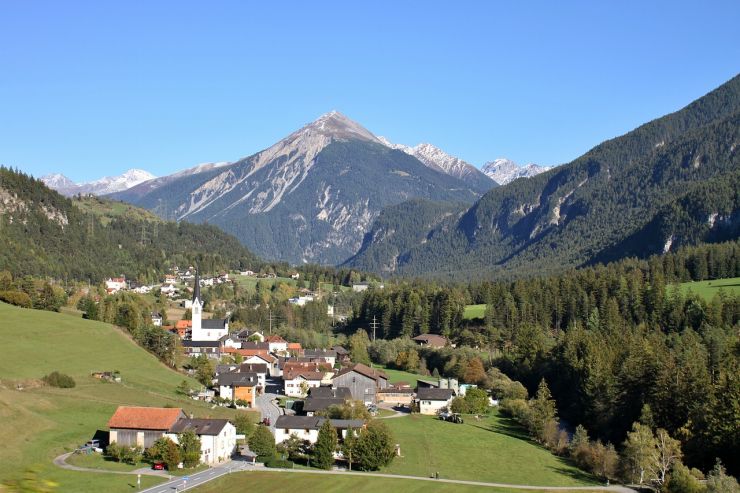 Haryana is one of the northern states of India, and it sits snug between Uttar Pradesh on its southeast, Uttaranchal to its northeast, Himachal Pradesh at the north, Punjab in the west and Rajasthan to its south. The state can be considered to be one of the oldest and also the most modern in India. It was formed when the former state of Punjab was divided into Haryana and modern Punjab.

Most of Haryana is fertile plains and the western Aravali mountain range begins here. The Yamuna is the sole source of water for this lush state and it is the reason Haryana is the greenest state in all of India.

Timings: When you should visit

Plan your trip to Haryana between November and February. Winter is just setting in and the days start getting more pleasant. There’s a bit of chill factor so visitors must pack judiciously for the trip.

Most tourists skip Haryana during summer as temperatures from March to October can touch 45-47 degrees Celsius. Staying hydrated and avoiding strenuous activities will help visitors cope with the intense heat of the summer months.

Rainfall in Haryana is sparse and inconsistent. There could be slight waterlogging in a few places, but overall people welcome the rain as it brings some respite to the heat. The monsoon is between July and October.

How to get to Haryana

By flight - Haryana’s main airport is at Chandigarh and it is well-connected with the major cities of North India. Visitors can also take a flight to the Indira Gandhi International Airport in Delhi and then travel into Haryana by road.

By Rail - Once again, the main railway station in Haryana is at Chandigarh. Besides that, visitors have the option of taking a train to any of Delhi’s four Railway Stations which are easily accessible to any part of Haryana.

By Road - Many people from the adjoining state drive down into Haryana. These road trips are made possible by an excellent road network, both to and within the state. There are also several state-owned and private inter-city buses that ply regularly between Haryana and the rest of India.

History: a land that shaped the story of India

There are many stories related to how Haryana got its name. Some say that it is a joining of the words Hari (another name for Vishnu, the Hindu god) and ayana (meaning home), making it God’s Abode. Some scholars dispute this and say that it could actually come from compounding Hari (green, in Sanskrit) and Aranya (forest).

Haryana dates its existence to more than 9000 years ago, and it was considered to be the cradle of the Indus Valley Civilization. This region has been the birthplace of the Hindu religion and it was here that the most ancient manuscripts were originally written.

The magnificent saga continues, with several epic battles, like the Mahabharat in Kurukhshetra and the three battles of Panipat, being fought on these very lands. Glorious empires were formed, and the area was ruled by Babur, the Lodi Empire and Akbar. The region had also been part of the Mauryan Empire in 3rd century B.C. Later, it became an important power base for the Mughals when they defeated the Marathas.

It was much after the British left India, in 1966, that Haryana was officially formed after it was separated from Punjab.

Haryanvi (a dialect of Hindi)